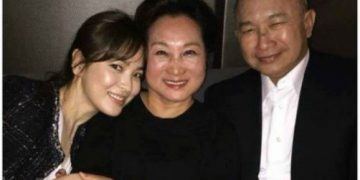 Information on the Weibo site said that there is currently leaked information that Song Hye Kyo is preparing to have a comeback in the new film by Chinese director John Woo Yu-Sen.

It is known that John Woo Yu-Sen is a director who is close to Song Hye Kyo, the actress who starred in Woo Yu-Sen’s movie The Crossing in 2014. Talking about this director, Song Hye Kyo once described describing him as “he is a father I can rely on” demonstrates how close the two are.