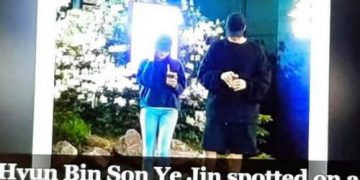 The fan community of Son Ye Jin and Hyun Bin was puzzled when seeing this picture. 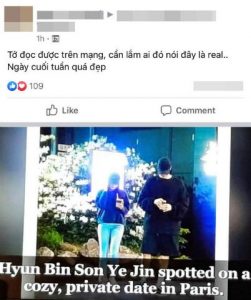 However, when looking closely, Kbiz followers will easily recognize that the person in these two images is not Son Ye Jin and Hyun Bin. One is a dating photo of So Ji Sub and his wife that has been released for a long time, the other is a photo of singer Eric (Shinhwa) and his wife. 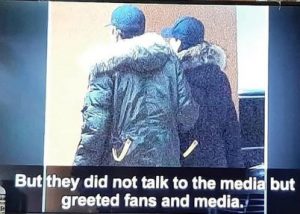 Currently, there is a lot of information that Hyun Bin and Son Ye Jin are in a dating relationship. Some people in the entertainment industry even revealed that the couple wanted a more stable relationship to go public with the media and audience.

However, when the insiders have not officially spoken, all information is still questionable.