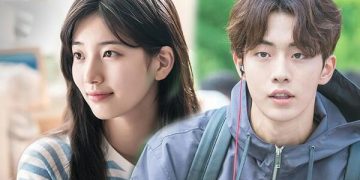 “Start-Up” is a new drama set in a fictional South Korean version of Silicon Valley, where young dreamers set out to achieve success in the world of startup companies. Suzy will star as Seo Dal Mi, an adventurer who dreams of becoming Korea’s Steve Jobs, while Nam Joo Hyuk will play the role of Samsan Tech founder Nam Do San.
1. The couple’s chemistry in the drama will satisfy viewers. 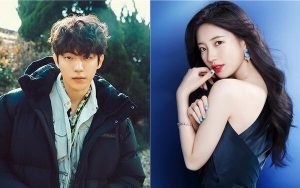 The newly released photos hint at the seamless chemistry between the pair, who both flash bright smiles full of determination and youthful excitement. As the drama’s premiere inches closer, viewers are already looking forward to the story of the two young people who dare to break through barriers, as well as the romance that is sure to blossom.

2.The film’s content is carefully demonstrated by the director.

Start Up was set up by director Oh Choong Hwan and screenwriter Park Hye Ryun, 2 famous filmmakers of the Korean drama world. In 2019, Oh Choong Hwan directed the filming for the super product Hotel Del Luna that stormed Asia. As for the screenwriter Park Hye Ryun, this is the character who wrote the pen for While You Were Sleeping, Pinocchio, I Can Hear Your Voice and Dream High. All of them are all-Asian feverish works. So, Start Up will make a great career like previous works.
3.Do Suzy and Nam Joo Hyuk really have a crush?
This is information as well as an interesting rumor that the couple Suzy and Nam Joo Hyuk are making the audience feel extremely excited.