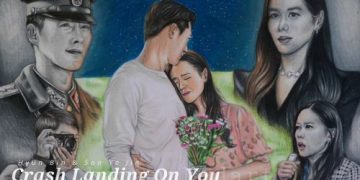 On the morning of October 16, the Asian Academy Creative Awards 2020 ceremony was officially held and received the attention of the audience. This year, due to the epidemic, the award ceremony was held online without the presence of guests. 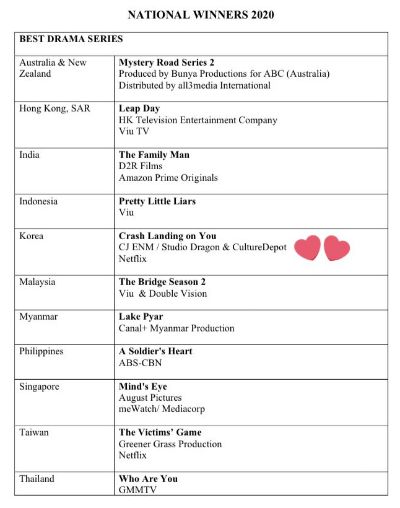 Thus, with the victory of the Asian Academy Creative Awards 2020, the Best Drama Series category, this is also the second award that the movie Crash Landing On You with the participation of Hyun Bin – Son Ye Jin achieved after the Hallyu Excellence Awards took place in September.

The Asian Academy Creative Awards is one of the prestigious awards of Asian television to honor famous and professional TV programs and production units in the region with many different categories.