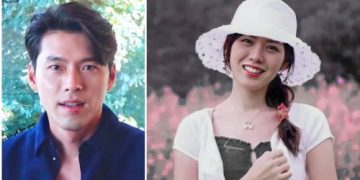 The Actor and Actress Popularity Award at the AAA 2020 Awards is becoming a very dramatic race.
This year’s Asia Artist Awards will return to Korea and have quickly received the attention of the audience.

After a day of opening the voting for Asia Actor and Actress Popularity Award, Son Ye Jin is temporarily leading with a distance not too far from Song Ji Hyo. Meanwhile, Son Ye Jin’s “rumored lover” Hyun Bin is losing to male idol Park Jinyoung (GOT7). 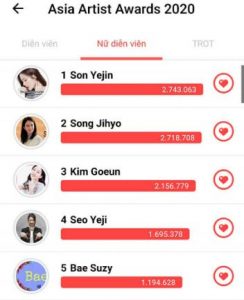 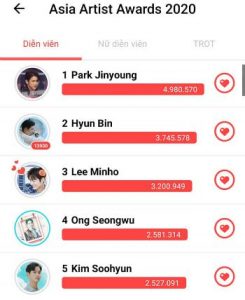 After the success of the movie Crash Landing On You causing fever across Asia, Hyun Bin – Son Ye Jin is a couple who are expected to receive the Actor and Actress Popularity Award at the Asia Artist Awards 2020. Of course, idol stars who enter the acting field also have a very large fandom. So the race for this category is becoming extremely intense.

Asia Artist Awards 2020 is expected to be held in December.