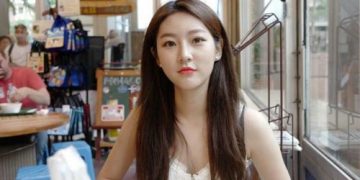 Actress Kim Sae Ron has withdrawn from the cast of the upcoming drama ‘Dear.M’ in the midst of rumors about conflict involving order of credits.

On October 14, her label Gold Medalist confirmed Kim Sae Ron had decided to drop out of the new KBS drama based on the same world as the popular drama ‘Love Playlist’, and rumors began swirling about the reason behind her sudden withdrawal from the cast. According to insiders, Kim Sae Ron allegedly raised an objection to the fact that her name was credited behind co-star Park Hye Soo after KBS announced the casting lineup, and the production company did not resolve the conflict smoothly.

It’s reported the order of credits is a sensitive issue in the broadcast and film industry as the order indicates the influence of each actor. Usually, the order is determined by the weight of the character the actor plays, but other dramas have also listed names in the order of debut year regardless of character importance.

Though Park Hye Soo is 6 years older than Kim Sae Ron, Kim Sae Ron debuted 5 years earlier in the 2009 film ‘Traveler’, while Park Hye Soo made her acting debut in the 2015 drama ‘Yong-Pal’.