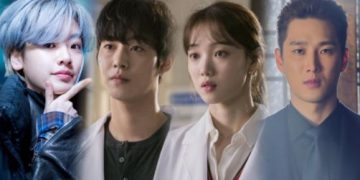 The first lineup has been announced for the 2020 Asia Artist Awards!

The Asia Artist Awards has been held annually since 2016 and honors both actors and singers.

Lee Sung Kyung and Ahn Hyo Seop co-starred in “Dr. Romantic 2,” while Ahn Bo Hyun and Lee Joo Young both starred in “Itaewon Class.” Kim Seon Ho has shown diverse charms through “2 Days & 1 Night Season 4” and is making his drama comeback soon with “Start-Up.” Kim Hye Yoon impressed with her leading role in “Extraordinary You,” and Ahn Eun Jin has received spotlight through “Hospital Playlist” and “More Than Friends.”

The 2020 Asia Artist Awards will be held on November 25 with Super Junior‘s Leeteuk as MC.