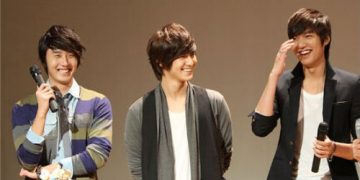 Specifically, Lee Min Ho’s close friends group consists of 3 members who are all famous hansome actors: Lee Min Ho, Kim Bum and Jung II Woo. If Lee Min Ho and Jung Il Woo have been friends since high school, they both grew up in the same neighborhood so they are quite close, Jung II Woo and Kim Bum are more familiar and close when participating in the series movie “High Kick” (part 1). 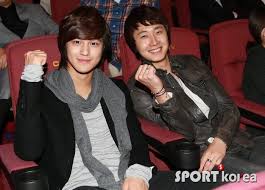 Besides, Kim Bum also has a good relationship with Lee Min Ho through the movie “Boys over flower”. The close friends association consisting of 3 actors Lee Min Ho, Kim Bum and Jung II Woo often appeared in the fanmeeting to support his friends. 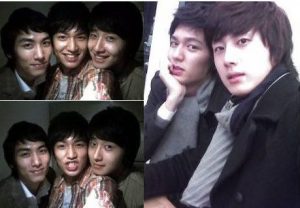 Currently, Lee Min Ho is the most popular name in the group. Being overrated for his acting, the actor is always in the top paid actors in Korea with 70 million won / episode.

Meanwhile, Jung II Woo and Kim Bum also achieved certain achievements in the film realm. Currently, Kim Bum is returning to the small screen after a 4-year hiatus with the nine-tailed fox fantasy project “Tale of the Nine Tailed”.