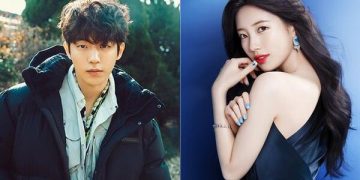 Suzy commented, “My first impression of Nam Joo Hyuk was that he seemed playful. Since his smile was so pure, I thought that he would pull off Do San’s nerdiness and innocence really well. ” She continued to praise Nam Joo Hyuk’s acting abilities, saying, “When we began filming, I got the feeling that he was acting according to his instincts instead of taking a typical approach, so I was surprised. I thought to myself, ‘He’s portraying Do San in a more colorful way! ‘”

Nam Joo Hyuk also had high praise for Suzy as he shared, “It was my first time acting together with Suzy, but I could tell that she was Dal Mi just by looking at her. On set, Suzy is always bright and positive. I hope everyone will look forward to the youthful atmosphere between Do San and Dal Mi when they meet. ”
“Start-Up” is a new drama set in South Korean: Seo Dal Mi (suzy) has dreams of becoming Korea’s own Steve Jobs, and with her genius first love, an investor, and a business (Nam Joo Hyuk) insider by her side, her dream may be closer than she thinks.