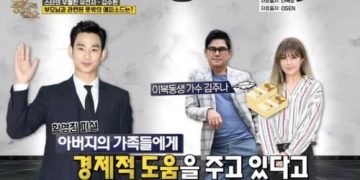 Actor Kim Soo Hyun’s family history was recounted on Channel A’s “풍문 으로 들었 쇼” roughly translated as “Have You Heard This Rumors” on Channel A.

Program participants shared the story of Kim Soo Hyun’s father Kim Choong Hoon – the vocalist of rock group Seven Dolphins. In the 1980s, Seven Dolphins was a band famous enough to take the stage, and the group was paid up to 5.8 million won for each performance on stage at that time.

However, at that time there was another band “Songgolmae” that started to become popular and so Seven Dolphins was unable to continue to maintain their popularity. Kim Soo Hyun’s father divorced his wife and started a new family when he is a child. Korean media also said that his father abandoned his mother and him.

In this regard, Hwang Young Jin heard about Kim Soo Hyun’s current condition from his acquaintance. The friend said, “Kim Soo Hyun is comfortable with family” and “Kim Soo Hyun is currently helping financially for his father, stepmother and half-sister.”

After being broadcast, this news became a big topic in the press and social networks. Not only is Kim Soo Hyun currently an A-list star, but the actor’s family is also part of the public. His father is singer Kim Chung Hoon from the group Seven Dolphins, half sister Kim Joo Na, she appeared on Mnet’s popular survival show Produce 101. 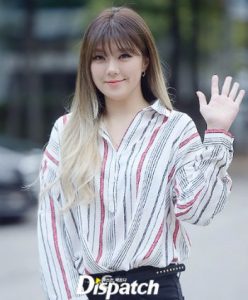 The fact that Kim Joo Na is Kim Soo Hyun’s half-sister has been revealed a long time ago. She debuted as a singer in July 2015.