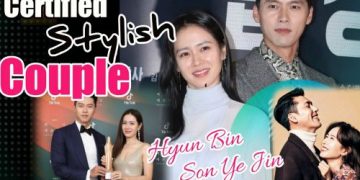 HOT – Taiwanese media do talkshows that reveal the love of Hyun Bin and Son Ye Jin!

HOT – Taiwanese media do talkshows that reveal the love of Hyun Bin and Son Ye Jin!

Specifically, on the show, the MC asked a writer close to the Crash Landing On You film crew, “What is your opinion on Hyun Bin and Son Ye Jin’s relationship, is it real or fake?” .
This journalist stated, “To be honest, not only the Taiwanese audience but the Korean media are also extremely interested in this couple. During the press conference there were Hyun Bin and Son Ye Jin, unlike Like normal press conferences, we have to send questions to both their agencies 2 weeks in advance. This is true, they will check all the journalists’ questions.

MC asked again: “Is this a private question, but must ask questions first?”. The journalist said, “We can only ask questions that our agencies allow us to ask. There is a fairly well-known Korean reporter who boldly asked, ‘Because of Hyun Bin and Son. Ye Jin has been involved in dating rumors twice before. I want to know if this will affect both of you in upcoming collaborations? ‘. She wanted to take a detour, she wanted to ask about something. Everyone at the press conference laughed, of course both answered no. We both thought this question was not very serious.

When the two decide to join in this movie, of course, both of them already know what kind of question will be asked. They will always reply that reading the script feels good, so they want to join together.

We were at the press conference so their gestures were alluring, including being behind the scenes. We really do feel something is suspicious. The two’s interactions are too natural. Like the love story of Jung Hyuk and Se Ri in the movie.

Son Ye Jin started her career so of course she’s a senior, even though the two are the same age. There are many times when I see the two show each other how to act. Son Ye Jin joked and Hyun Bin has an expression that looks confused but cute.”