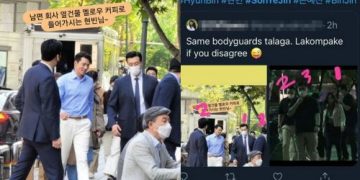 Many people speculate that the couple is actually dating, but do not want to go public. 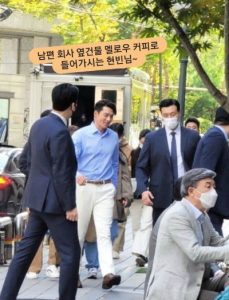 Appearing through a series of “low quality” photos taken by passers-by, Hyun Bin still really shines thanks to his handsome appearance and standard body. Despite two months of hard work in Jordan, Hyun Bin’s beauty and appearance have not deteriorated, in contrast, being more and more attractive. 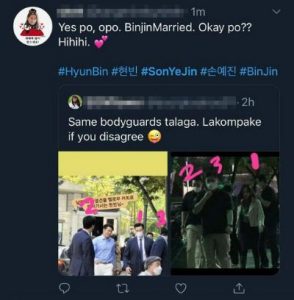 However, what caught the attention of the online community was that the moments on set accidentally revealed that Son Ye Jin and Hyun Bin were indeed dating, but not publicly. Specifically, a social networking forum discovered that both Hyun Bin and Son Ye Jin hired the same team of 3 bodyguards when participating in outdoor advertising scenes.

From appearance, physique to face, many people commented that the bodyguards who appeared beside Hyun Bin recently were the number of people who participated in protecting Son Ye Jin not long ago. Many people believe that the couple is actually dating but do not want to go public.