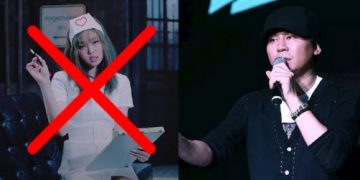 YG Entertainment to delete Jennie’s nurse outfit scene in BLACKPINK’s ‘Lovesick Girls’ MV -Fans urged Yang Hyun Suk to come back to get Jennie back to justice.
Finally, after many opinions from fans and the Korean Nurse Association, YG officially announced that it would delete all scenes related to Jennie’s nurse in Lovesick Girls.
The updated statement comes a day after YGE previously asked the public to interpret the nurse scene as a form of artistic expression, portraying specific lyrics in “Lovesick Girls”. 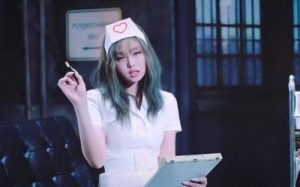 The agency stated on October 7,

“We have ultimately decided to delete all scenes involving the nurse outfit in BLACKPINK’s ‘Lovesick Girls’ MV, and we plan on replacing the MV with the edited version as soon as possible.

We will take this opportunity to deeply reflect on the heavy responsibilities laid out before us through this issue, caused due to the fact that we were unable to predict the rise of such a controversy within the length of the MV’s production as there was no external intention whatsoever.

We would like to deeply apologize to nurses who felt discomfort from this issue. And once again, we deliver our sincerest feelings of respect toward all healthcare workers devoting themselves to the wellbeing of our nation. Thank you.”
And here are the opinions of fans on Allkpop:
‘Deleting the nurse scene won’t help the situation for nurses. This will only justify that it’s always the woman’s fault for looking sexy (even though her outfit doesn’t even look sexy). They always put the blame on the woman for wearing sexy clothes. Men should not sexualize them to begin with. The excuse that “boys will be boys” is old and should no longer be tolerated.’

‘Okay, this is plain absurd.

There were SO MANY nurse outfits worn in K-pop M/Vs over the years and out of them, the Korean Health and Medical Workers Union decides to target BLACKPINK who were barely even sexualizing those costumes? Just cause they’re popular?

What about Fiestar and SNSD? Where were you guys at that time? Smh’