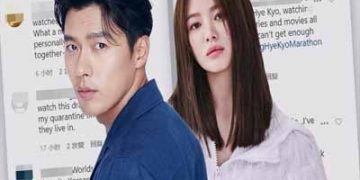 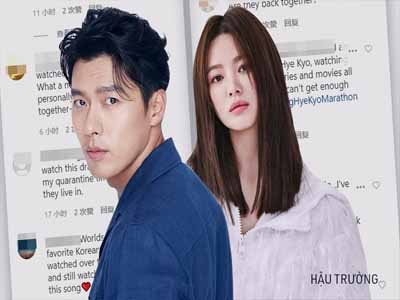 Song Hye Kyo and Hyun Bin are considered as the cutest pair in 2008 and also labelled as ‘Binkyo’. Song and Hyun worked concurrently in the drama ‘Worlds Within’ 2008 after one year of the departure of that series and later the actors appeared together in public, when both their agencies officially verified that they were dating.

Hyun Bin received the good news with a loving gift from Chinese fans to the set of Confidential Assignment 2!

Song Hye Kyo is a South Korean actress who achieved international popularity in numerous dramas and also ranked 7th in Forbes magazine’s Korea Power Celebrity list and 6th in 2018. Hyun bin is a South Korean actor who is the highest-paid actor in the Korean drama industry. They both were quoted as a cute pair during the release of ’Worlds within’ drama.

Why did they break up and made Binkyo Fans disappointed? 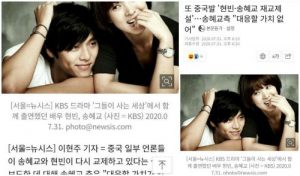 Binkyo devotees got unhappy when the pair split up after two years of dating before Hyun Bin’s enlistment into the military in 2011. The reasons behind their break up are termed as busy schedules and hard stress caused by public attention.

They both start to concentrate on their career path rather than in relationships. After they all moved where Hyun Bin started to date Kang So Ra about a year from December 2016 and ended up soon. Even Song Hye Kyo united with her love life Song Joong Ki in 2017 and got separated after two years of short married life in 2019.

Song Hye Kyo and Hyun Bin are together or not in 2020? 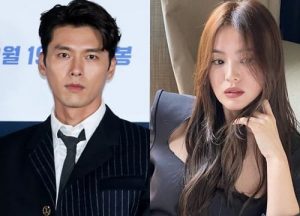 Over the decades; there has been no evidence regarding the pair’s patch up but; suddenly in 2020 rumours about Song Hye Kyo and Hyun Bin comeback has been spreading worldwide. Song Hye Kyo posted a selfie with her friend; in that, she was wearing a necklace SH which reveals S as Song Hye Kyo and H indicates Hyun Bin.

Hyun Bin’s stylist followed Song Hye Kyo on Instagram so the rumours are making us even more curious about their relationship. Song Agency denied the rumours by stating “This is not the first time that Chinese media outlets have released random and baseless news articles, and the dating rumours that have been spreading in China are false”.

On 28th June 2020; an image uploaded by Hyun Bin’s stylist which was blurred but the figures are similar to the features of Song and Hyun, but within a few minutes, the post was deleted. But some sources are saying that during that time of the picture; as Hyun Bin is currently in Jordan filming his new movie Bargaining. So many questions running into our minds especially when it comes to our favourite pair are getting back together.