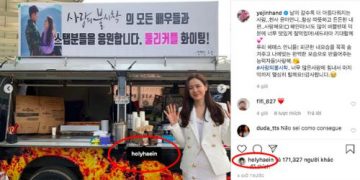 Interesting – Son Ye Jin’s rumored boyfriend, Jung Hae In also publicly shipper the Binjin couple!
Currently, thanks to the explosive hotness of “Crash Landing On You”, Son Ye Jin and Hyun Bin are constantly being “pushed by the boat” by fans across Asia, especially after the couple has been constantly involved in dating rumors but a denial. However, an extremely interesting situation happened with Son Ye Jin, Hyun Bin and when a character had been rumored to date Son Ye Jin – actor Jung Hae In made fans extremely excited.
Specifically, fans dug out son ye jin’s old post. While filming Crash Landing On You, Son Ye Jin posted on Instagram a series of photos with thanks to close friends who sent 3 food trucks to the set to support including Song Yoon Ah, Jung Hae In and Son Ye Jin’s stylist, hair styling, and makeup team. Jung Hae In’s food truck is especially noticeable because the guy, who was once in love rumors with Son Ye Jin, now sends gifts to the set of “Crash Landing On You” – which is said to be the starting point. for Son Ye Jin and Hyun Bin’s dating rumors. When Son Ye Jin posted a thank you photo, Jung Hae In also quickly pressed heart for this post. 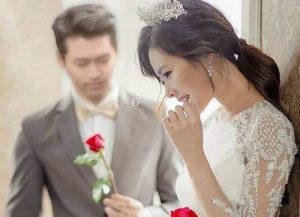 Fans also quickly recognized the words Jung Hae In chose to print on the truck’s banner with the content: “I support the cast, crew of the movie. Fighting, Dooly couple (Ri Jung Hyuk and Yoon Se couple) Ri)! “. In fact, Jung Hae In is also a person who “ships” this couple no different from fans. Fans said that the relationship of Son Ye Jin and her co-stars in the past is still limited to the level of intimacy as colleagues, confidants, not as rumored out there, and even the relationship with So is Jung Hae In.