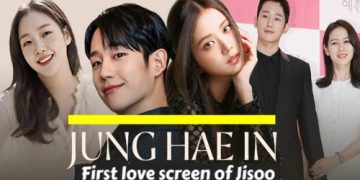 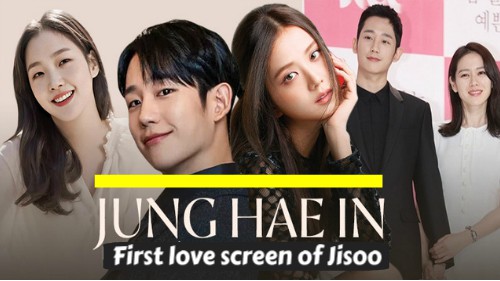 This morning (October 5), the producer of the Snowdrop film officially announced the story and cast. Accordingly, Jisoo (BLACKPINK) will play the female lead, a freshman in English department who fell in love with the male lead at first sight, not afraid of danger to help the male lead. Jisoo’s male god is Jung Hae In – the handsome boy of Something In The Rain.

While G-Dragon and Jennie spotted Dating, Hyun bin teaches you how to hold an umbrella while walking with your girlfriend !!!

Everyone wants a friend like BlackPink Jisoo: Giving a best friend a bag that costs 5000 dollars !! 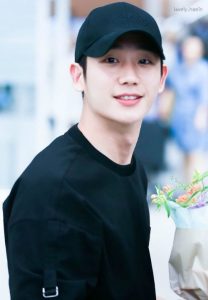 Jung Hae In was born in 1988, famous for participating in the hit series Reply 1988, Blood, Goblin, Something In The Rain, … The 32-year-old actor is currently one of the most popular male actors. The current, Jung Hae In is said to have a handsome appearance, very well matched with Jisoo even though Jung Hae In is 7 years older than Jisoo. He started his career quite late but quickly achieved success, having been rumored to date with two famous beauties, Son Ye Jin and Kim Go Eun.

Jung Hae In started his career quite late when he was 25 years old when he started acting. However, he quickly achieved a lot of success when he became a “national supporting actor”, playing a supporting role in a series of hit super products, still earning a huge fan base. Jung Hae In is like a flower that blooms late, until 2018 did not have his first lead role, but his career quickly became extremely popular, becoming one of the hottest male gods in Korean screen. The current. And what made Jung Hae In’s fame burst was a laugh scene from While You’re Sleeping.

Jung Hae In’s first lead role was a role in Something In The Rain, starring Son Ye Jin. From here, a series of rumors appeared that the couple were dating. The couple are suspected of being in love due to the sweet on-screen “chemical reaction”, very close behind the scenes, and often have extremely cute words and actions next to each other, love match the event.

Up to now, although more than 2 years have passed, Son Ye Jin – Jung Hae In has not been a couple but still maintains a close friendship. Earlier this year, Jung Hae In also sent a food truck to the movie set Crash Landing On You to support Son Ye Jin. 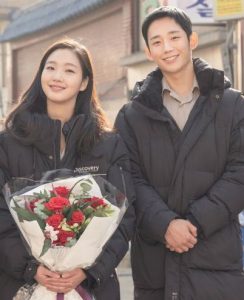 Not only Son Ye Jin, Jung Hae In also had rumors of dating the beauty Goblin Kim Go Eun. The couple first worked together on the set of Goblin, where Jung Hae In played Kim Go Eun’s first love. Although there was not much screen time, the sweet interaction between the couple made the audience love it.

However, up to now, Jung Hae In has not admitted or denied dating anyone either. The guy is still the single male god of Kbiz. The audience is waiting for the collaboration between Jung Hae In and Jisoo in the new movie, looking forward to the explosion of “chemical reaction”. And maybe the couple will get involved in dating news again?