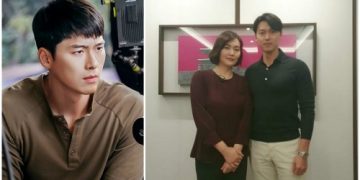 After the rumor getting married with Son Ye Jin, Hyun Bin showed off with strong chest muscle beside a female fan.

After the rumor getting married with Son Ye Jin, Hyun Bin showed off with strong chest muscle beside a female fan.

After the rumor getting married with Son Ye Jin, Hyun Bin showed off with strong chest muscle beside a female fan.
Recently, on social media, a picture of Hyun Bin appeared when he took a picture with a fan. It is known that this fan has updated a new photo with her idol on personal page and immediately caused fever. This was Hyun Bin’s first public appearance since his return to Korea. 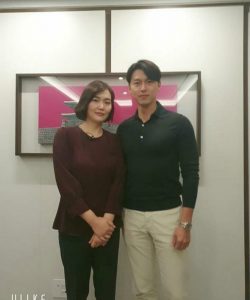 Hyun Bin appeared with a tough manly look and firm chest muscles when appearing with a female fan.
It is known that Hyun Bin had previously come to Jordan to record a new movie. After returning to Korea, he and his crew conducted self-isolation to prevent Covid-19 epidemic according to the regulations of the Ministry of Health. After the period of separation, the new actor goes out to meet his friends and go out for entertainment.
Wearing a black T-shirt combined with white khaki pants, Hyun Bin caused a fever with firm chest muscles. Many women ‘fall in love’ with Hyun Bin’s chest muscles. After coming to Jordan, the actor looks more strong than before. He also goes black because of the sun. However, the male actor Crash Landing On You he was still attractive and handsome.
Previously, a social networking forum recently posted pictures of Hyun Bin’s everyday life when he took a photo with a friend. Many commented that Hyun Bin in the photo gained more weight than before. Many fans affirmed that the cause of Hyun Bin’s deteriorating appearance was due to the hard work of 2 months in Jordan. 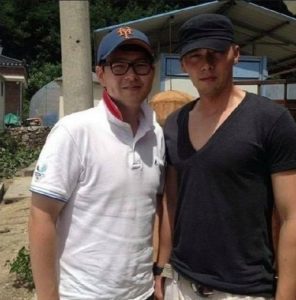 However, when he arrived at Incheon International Airport upon his return, Hyun Bin immediately became the focus of attention. He showed off with a healthy appearance, shiny black skin and well-built muscles. 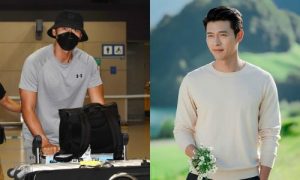