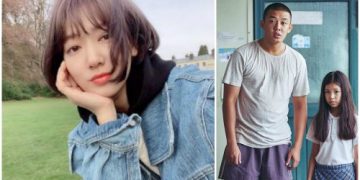 Park Shin Hye is back with an angel face, shocking Yoo Ah In when gaining 15 kg to play a new role!
Yoo Ah In and Park Shin Hye are returning from #Alive’s success.
Park Shin Hye diligently updates the posts on her personal page, her recent photo attracting everyone’s attention when she appears with an angelic face and full of vitality.

After finishing #Alive, Park Shin Hye is concentrating on practicing sports to regain her health and preparing to look for opportunities in new projects.
Actor Yoo Ah In gained 15 kg to take on his role in the movie Voice of Silence. The film is a crime horror theme scheduled to hit theaters in October. The film is about two men who clean up the scene, bury bodies in a criminal organization. One day, they received an order to take care of an 11-year-old girl kidnapped.

They were stunned by the new mission, so they brought her to meet the boss. At this time, they found out that the boss was dead. Yoo Ah In’s co-star is Yoo Jae Myung – a famous actor in the movie Itaewon Class. This is the first time they work together.

Yoo Ah In’s role this time has no lines. The actor also shaved his head and appeared with a strong, dusty appearance.

Talking about Yoo Ah In’s challenging character, director Eui Jeong Hong praised the actor for having good acting skills. “The character Tae In played by Yoo Ah In has a strong personality and brings a lot of inspiration. He has great acting ability, ”commented the director.

Previously, Yoo Ah In and Park Shin Hye caused Asian storms when successfully performing #Alive. The film tells about the survival journey between the zombie epidemic of Joon Woo (Yoo Ah In) and the girl living in the same apartment, Yoo Bin (Park Shin Hye). Movie set a record in its first day in theaters. According to the announcement of the Korean Cinema Council on June 25, the movie #Alive attracted 204,071 moviegoers to theaters on its first day of release, June 24.