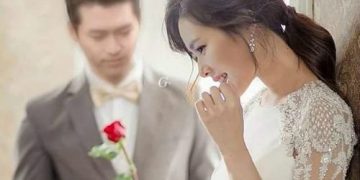 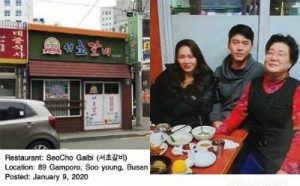 Although since the end of Crash Landing On You, there have been many rumors as well as claims from many celebrities that the couple Hyun Bin and Son Ye Jin are actually dating. 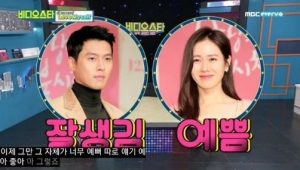 Here are some comments from fans on the Soompi forum:

“I have to disagree with this part.It takes two to be in a relationship.It’s both of their decision to be in a Private relationship not just one of them.I feel bad for YJ too because of the unnecessary hates and it’s always the women who gets it worse but it’s something that neither HB and YJ can control unless they go public which is again a two people decision.Going public doesn’t guarantee the hate would stop either … it will lessen maybe but stop? no because there’s always gonna be jealous and hateful people.HB and YJ also gave out hints to people that they’re together eventhough they don’t wanna go public but there’s always gonna be haters … it’s just how it is.It should be the fans and shippers that needs to be more considerate and also stop pushing their expectation towards them or basically these public figures.It’s their personal lifes.We can support and ship but there needs to be a line that we cannot cross.And also the most important thing for us BinJin shippers is to not eng aged with trolls that’s what actually resulted in more hates towards them especially YJ. ”

“I’ve heard that alot of Koreans knows or atleast think BinJin is dating but they don’t want to say anything because they want to protect their privacy and decide to just leave them alone.I wish International Fans could be more like that I mean not exactly stop engaging in the whole shipping business but give them space and not pushing any expectations towards them or over assuming their situations or being too loud about certain things as well.Alot of BinJin shippers are great people tbh They send them gifts, using BinJin names for charity / donation and very passionate about their voting … but because it’s a big fandom, there’s always gonna be the toxic ones which is hard to control too.But I hope that the good ones can encourage the toxic ones to be a better fans / shippers … that’s what I really wish for or atleast I wish that the toxic ones would realize that their behavior is giving more pressure towards who they said they love and support.Also once again, please guys just stop mention ing those antis or those other ship / shippers too in here or anywhere.Just ignore them and focus on BinJin … ONLY BINJIN.

As for me, I’ll just go with the flow …. Not expecting too much but still wishing for good things to happen this year.I still believe in this ship so much … wait more like I’m sure it’s 100000% real lol But I’m not gonna somehow push them to reveal things when they’re not even ready yet.I’m just gonna enjoy whatever things they’re feeding us …: thumbsup:
Anyway, Here’s YSR Personal Vacuum lol You can order one through VAST but you won you get the exact same one though “