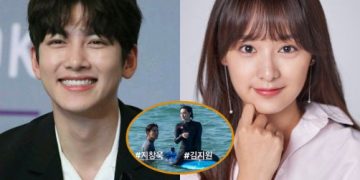 On September 30, on social media, pictures of couples Ji Chang Wook and Kim Ji Won filmed the scene of surfing on the beach. This is most likely a scene from KakaoTV’s new romance movie titled City Couple’s Way of Love.

Despite the low quality image, the beauty value of the couple is still high. Ji Chang Wook is muscular and Kim Ji Won reveals an S-shaped body in a tight diving suit. In one scene, the two actors were sitting on a skateboard and hugging each other. 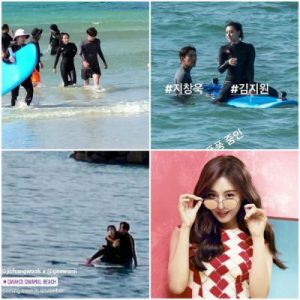 City Couple’s Way of Love is hosted by drama director Jeong Hyun Jeong and screenwriter Jeong Da Yeon. The film is a story about real dating life of young people fighting for survival in a bustling city. 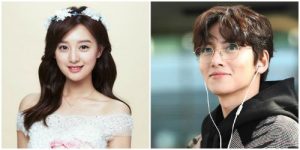 Ji Chang Wook will play the role of the architect Park Chae Won with an honest personality. He is a romanticist, a true heart thief, likes to walk the streets and has many cool hobbies.

Kim Ji Won will play the role of Lee Eun Oh, a freelance marketer who decides to live with a fake identity. When she accidentally falls in love with Park Chae Won while pretending to be someone else, will that love have beautiful results?

City Couple’s Way of Love is scheduled to air in October 2020.