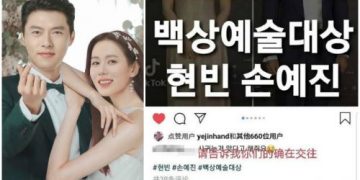 Some moves of Son Ye Jin always make people believe that she and Hyun Bin are secretly dating.

After reuniting with Crash Landing On You earlier this year, these rumors have appeared with a dense frequency and even Son Ye Jin and Hyun Bin have denied it, it is not enough to quell the suspicions of the audience. fake.

Many supporters of Son Ye Jin and Hyun Bin come together, but those who dislike think that Son Ye Jin is deliberately creating rumors with colleagues. 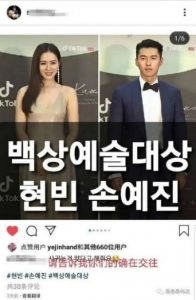 It all started when Hyun Bin became a brand representative, at that time fans wanted the brand side to sign with Son Ye Jin. Responding to the fans’ wishes, the brand invited Son Ye Jin, the actress also to quickly take pictures and conduct filming commercials. For many netizens, the fact that Son Ye Jin denies dating and receiving this advertisement on the other is very difficult to understand. 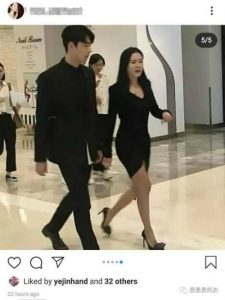 Besides, Son Ye Jin also often likes the pictures of the couple’s fans, making the anti-fans believe that she is deliberately creating romance rumors with Hyun Bin. And this is not the first time Son Ye Jin has made such suspicious moves. When collaborating with Jung Hae In in the movie Something In The Rain, the actress also likes the post from fans with juniors. 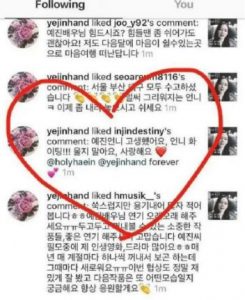 In this regard, Son Ye Jin’s fans said that it was not that she deliberately liked such pictures. In addition to the pictures of the couple’s fans, the star born in 1982 also likes many other pictures. They thought that maybe Son Ye Jin did not pay attention to who the poster was, she simply saw her picture so she clicked like it. Even though it was a song by a non-fan, but tagged Son Ye Jin’s name, she liked the song freely as usual. And perhaps from Son Ye Jin’s point of view, whether it is a private fan or a couple fan, they are her supporters on her career path.

Many fans believe that Son Ye Jin’s position is solid enough now and she is famous enough, there is no need to use tricks like this to get the public’s attention. Whatever Son Ye Jin and Hyun Bin’s relationship is, perhaps they should pay more attention to their future works.