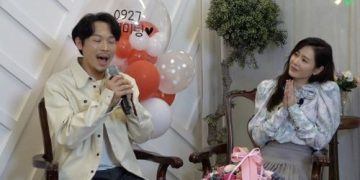 After nearly a month of delay due to the Covid-19 epidemic in Korea and Japan, on the evening of September 27, Son Ye Jin held an online fanmeeting exclusively for Japanese fans after the movie Landing where he was. received a lot of love in this country. 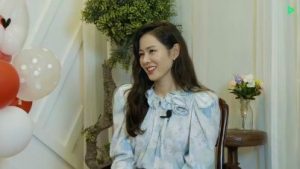 Many times she said that there will be a special guest appearing at her fanmeeting, which many fans expect is Hyun Bin. However, the results, Son Ye Jin disappointed many people when he invited actor Yang Kyung Won – who was in the movie Crash Landing On You as Pyo Chi Su at the fanmeeting. 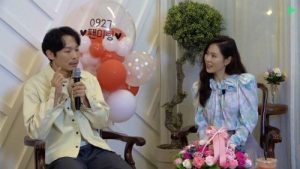 Many fans said that Son Ye Jin is probably afraid of revealing the dating signs with Hyun Bin, so he left the actor “at home” and invited Yang Kyung Won to appear in the fanmeeting, because since after the movie Crash Landing On You ended, dating rumors of the two were constantly surrounded, causing the management company to speak up repeatedly to correct. 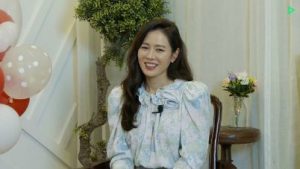 Although Hyun Bin did not appear, the fanmeeting was filled with laughter when Yang Kyung Won did not hesitate to ‘denounce’ Son Ye Jin as someone who eats a lot. However, after that, he still did not forget to give Son Ye Jin winged compliments such as judging her as a beauty symbol. Yang Kyung Won even performed a song dedicated to the actress during the fanmeeting.

Besides, Son Ye Jin also revealed that since the movie Crash Landing On You ended, she and Yang Kyung Won have not met again. The actress did not forget to give a lot of compliments, as well as an acting evaluation for Yang Kyung Won and cherished what the actor gave her during filming for this movie.