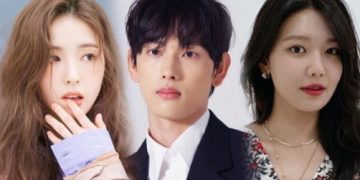 According to the latest report from Korean media on the morning of September 28, an employee in the production team of the movie Run On was confirmed positive for Covid-19 the day before. The representative shared, “The filming was immediately stopped and the main actors such as Im Siwan, Shin Se Kyung and Lee Bong Ryeon are in contact with the patient who is undergoing medical examination and self-management.”

The test results of the actors and staff of Run On will be announced on the afternoon of the 28th. Accordingly, all are in a state of self-isolation. In addition, for the case of Choi Sooyoung (SNSD) was also announced. The female star does not come into contact with the staff, but will isolate herself in case of emergency.

A source from the management company Saram Entertainment said: “Choi Soo Young who had not been in contact with an employee had a positive Covid-19 result. Therefore, she is not the target of the checkup. However, Soo Young is in quarantine just in case, and closely monitoring the situation. ”
Meanwhile, Run On is a TV series about how a national short-distance athlete becomes a sports agent.
Right now, Knet is worrying a lot about Im Siwan and Shin Se Kyung.