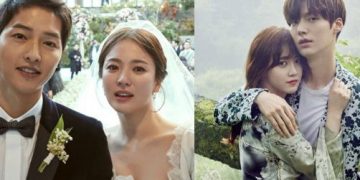 Many viewers urged Song Hye Kyo – Song Joong Ki, Goo Hye Sun – Ahn Jae Hyun to join A New Variety Show — “We Got Divorced”!
TV Chosun announced the production of the program ‘We Got Divorced’, with the challenge of returning to living together of famous divorced couples. This is considered the opposite idea of ​​’We Got Married’ – the reality show that creates the experience of living as husband and wife of Korean showbiz stars.

The first pair of characters accepted to join ‘We Got Divorced’ were actor Lee Young Ha (70 years old) and actress Sunwoo Eun Sook (60 years old). They got married in 1981 and announced their breakup in 2007. After their divorce, the two were still good friends. Participating in ‘We Got Divorced’, Lee Young Ha revealed the cause of her marriage in the past: “Different personality is one of the reasons. But the biggest reason is me. Back then I had too many friends. I am busy with filming, I am often away from home. 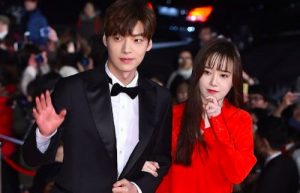 When ‘We Got Divorced’ was announced, the show attracted a lot of interest and curiosity. Chinese audiences commented that Korean TV was too straightforward and bold. They suggested the program invited Song Hye Kyo and Song Joong Ki and Goo Hye Sun and Ahn Jae Hyun – two loudly divorced stars recently to participate. Currently, the guest list and airtime for ‘We Got Divorced’ are being discussed.

More surprising and regrettable is the Song – Song couple power of Korean showbiz. Song Hye Kyo and Song Joong Ki completed the divorce procedure quickly in July last year, less than two years after their marriage. Around this break, many rumors spread such as Song Hye Kyo breaking the pregnancy plan, Song Hye Kyo adultery …, but Song Joong Ki denied it. Currently, the two actors are fine with their own lives.