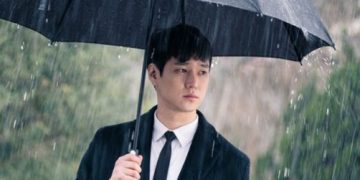 According to an exclusive report from OSEN on the afternoon of September 26, actor Go Kyung Pyo’s biological mother has died. The representative of the 30-year-old star’s management company CL & Company also confirmed and said that he suspended all activities to mourn. However, the cause of this enormous loss has not been revealed.

On the other hand, Go Kyung Pyo also paused filming for the upcoming JTBC drama Private Lives, collaborated with Seohyun (SNSD) and will adjust her filming schedule to hold the funeral for her mother. The representative specifically said that the actor was present at the funeral home located at Severance hospital in Sinchon, Seoul.

Meanwhile, Go Kyung Pyo debuted in the Korean entertainment industry through the KBS drama Jungle Fish 2 in 2010. Since then, he has grown in popularity through the drama Reply 1988, and made his debut. show in many different projects. After enlisting in the army in May 2018, Go Kyung Pyo was discharged from the military in January this year.

We extend our deepest condolences to Go Kyung Pyo and his family.