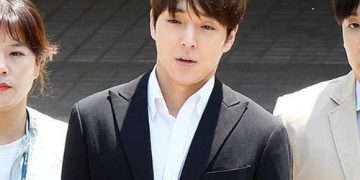 K-Netizens angered as Choi Jong Hoon are exempted from mandatory military service for in prison!

Yesterday (September 24), the Supreme Court of Korea opened a trial, rejecting the appeal of Jung Joon Young and Choi Jong Hoon. Accordingly, the Court kept the same 5-year prison term with Jung Joon Young and 2 and a half years in prison with Choi Jong Hoon for sexual assault, gang rape, secret filming, illegal video distribution.
However, the online community has not been satisfied as they felt the punishment was too light. Many netizens were angered that the two individuals who have committed such severe crimes such as group sexual assault were only given a few years in prison. 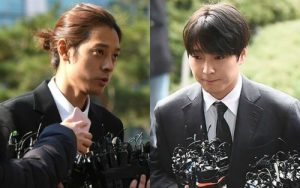 The public was even more outraged when in yesterday’s trial, the judge announced that Choi Jong Hoon would not have to perform his mandatory military service. This makes Knet unable to help suspect that there is judicial fraud behind.
Netizens have commented, “Cho Jonghun gets exempted from the year and a half of military service. So in actuality, It’s like he’s serving one year in prison since he gained a year and a half of his life.”, “So this is no different from serving in the military for him.” and “He’s going to be in jail for two and a half years rather than serve one and a half years in the military. So he doesn’t really lose anything.”