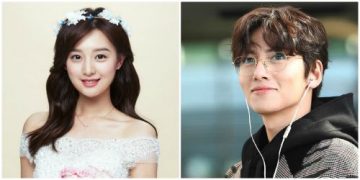 According to reports on the morning of September 21, Ji Chang Wook and Kim Ji Won have been confirmed to star in the short drama titled “City Couple’s Way of Love” by KakaoTV.

It is known that “City Couple’s Way of Love” is a new work written by writers Jeong Hyun Jeong and Jeong Da Yeon. The film tells the true love story of young people who live intensely with a different ego in a crowded city.

Because the production team decided to broadcast the series through KakaoTV, it will be different from traditional dramas. The series will have 12 episodes, with each episode lasting about 25 minutes and produced in multiple seasons.
Both actors expressed their excitement about the upcoming drama, with Ji Chang Wook remarking, “Because this is a drama by writer Jung Hyun Jung and director Park Shin Woo, both of whom I really wanted to work with, I’m delighted and excited to be preparing [for filming].” 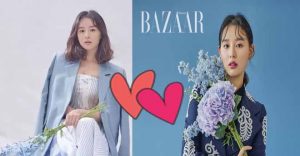 Kim Ji Won similarly commented, “I’m excited to be working together with such a great director, writer, and cast. I’m working hard to prepare so that I can show you a new side of myself through the character of Lee Eun Oh. In this difficult time, I hope that I’ll be able to provide even the smallest bit of joy.”

“City Couple’s Way of Love” will premiere sometime in late 2020.