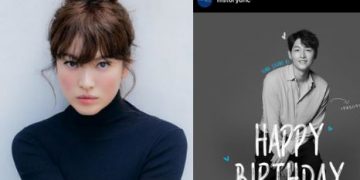 This is Song Joong Ki’s 2nd birthday after divorcing Song Hye Kyo. The moves of both stars have caught people’s attention. 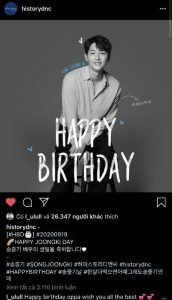 Today is September 19, the right birthday to celebrate the 35th anniversary of the cult actor Song Joong Ki. Born in 1985, the male god of the Korean film industry officially entered a rather important age to mark his maturity. At this time, the public is extremely curious about the behavior of ex-wife Song Hye Kyo on Song Joong Ki’s special day.

And after 15 days of silence on Instagram, suddenly today Song Hye Kyo made consecutive moves. After posting a series of blue sky photos that coincide with the birthday color of the management company History DNC used to congratulate Song Joong Ki to show off a story to sit with two male friends in the entertainment world, Song Hye Kyo made people curious and suspects that she is implying something about her ex’s birthday. However, others deny this point and think that this is just a temporary coincidence. 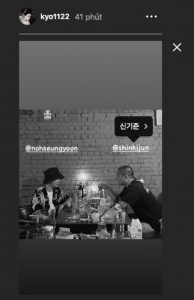 Before that, fans also noticed that every time Song Hye Kyo appeared in the newspaper because of the rumor of dating Park Bo Gum or reuniting with former love Hyun Bin and Song Joong Ki, there were some moves.