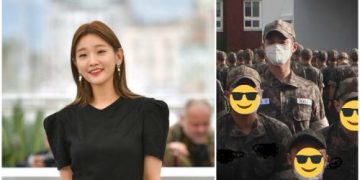 While Record of Youth is causing storms in Asia, it was recently revealed on a popular Kbiz forum that Park So Dam plans to visit Park Bo Gum in the military. This information makes the fans of Record of Youth feel excited.
If it is true that Park So Dam will visit Park Bo Gum in the near future, this will be good news for fans. It is also common for Kbiz colleagues to visit each other during their enlistment period.
This proves Park So Dam and Park Bo Gum’s close relationship after working together in the movie Record of Youth
Reportedly, Park Bo Gum enlisted in the Naval Education Command in Jinhae, Changwon, South Gyeongsang Province on August 31. The actor will receive basic training in the 669 Navy Soldier Training Course for 6 weeks, starting from August 31. 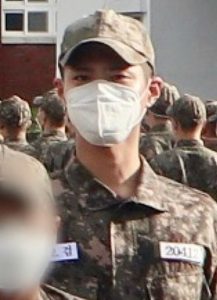 Previously, the image of Park Bo Gum when he enlisted was enthusiastically shared by netizens on social networks. This is also a rare image of the actor since his secret enlistment on August 31. Despite appearing with a covered face, Park Bo Gum is still admired by his handsome and masculine appearance. Many netizens also joked that the mask could not cover the actor’s handsome face. 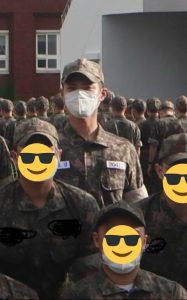 After training in the army, many people believe that Park Bo Gum will be more solid and much more handsome. With this look, Park Bo Gum officially joined the list of the most handsome male stars wearing military uniforms.

Some comments from netizens:

“He’s like he’s on a movie, so handsome”.
“That mask can not hide your handsome face.”
“Park Bo Gum is too cool in a military uniform”.
“Can not criticize this beauty”.