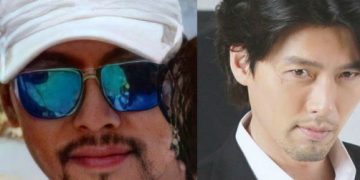 Hyun Bin’s latest image in the movie “Bargaining” is receiving the attention of the audience.

The images of Hyun Bin in the movie Bargaining always make the audience extremely excited because it is too rare. 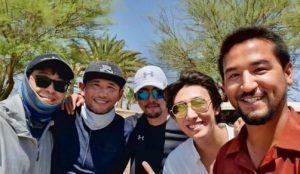 Recently, netizens handed over a series of photos of the actor with his co-stars behind the scenes of the film. In particular, Hyun Bin’s beard shape made the audience extremely excited. Although this shape makes the actor look somewhat old, the audience still admires Hyun Bin’s handsome appearance. 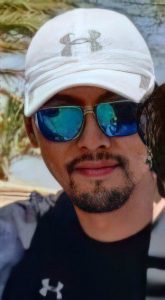 The actor’s agency also once shared, “In the new movie, Hyun Bin will bring a special impressive incarnation than all previous works”.

In the previously leaked behind-the-scenes image, the audience realized that the actor had a beard and a dusty, stylish appearance. Most commented that this image of him is completely different from “Captain Ri” of Crash Landing On You.

This new image of Hyun Bin reminds many people of the movie The Negotiation, broadcast in 2018. In The Negotiation, Hyun Bin plays the boss specializing in smuggling weapons from Korea to the country. out. This product is also a collaboration between famous actor and co-star Son Ye Jin. 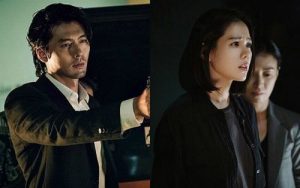 Bargaining is a film about a kidnapping that takes place in the Middle East and the journey to rescue the victims. In the movie, actor Crash Landing On You will accompany actor Hwang Jung Min, one of the box office kings of Korea.

Currently, Bargaining has not announced an official release date.