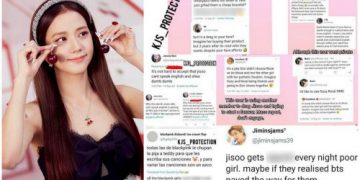 BLACKPINK Jisoo is currently being “terrorized” with words of sexual harassment and harsh criticism. Fans put the hashtag on the top trend worldwide and asked YG to take measures to protect artists. 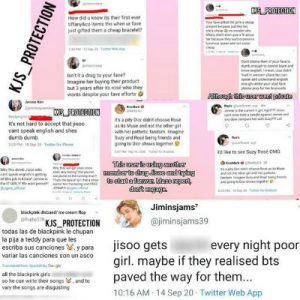 Today, the BLACKPINK fan community in general and the oldest sister Jisoo in particular have the same hashtag #YG_ProtectJisoo trend. More than 130,000 tweets have helped bring this hashtag to the top of the world trend to petition YG Entertainment to quickly take steps to protect Jisoo from malicious comments. But what is the problem that Jisoo suddenly became the victim of this wave of “terrorism”?

Specifically, Jisoo was attacked by a series of netizens with malicious comments, sexually harassed and even threatened to kill. These “stoned” and threatening comments came from fans of BTS, Suzy and even fans of Rosé and Jennie (BLACKPINK). Since Jennie’s “opening” Kpop statement to the world, the fanatic part of BTS has become even more aggressive. In addition, the BLACKPINK internal battle has been pushed up because this is the group with the highest number of fans of the second members in Kpop.

Specifically, Jennie fans said that Jisoo is poor in English, bland, and boring, Rosé fans feel regrettable when the high-end brand does not choose Rosé as a muse, but instead chooses the eldest sister. Fan Suzy also joined in responding when saying that Suzy and Rosé are the perfect combination for this brand. All created a fiery verbal war, aimed at Jisoo.

Jisoo was “terrorized” by a series of malicious comments, sexually harassed from BTS fans, Rosé fans, Jennie and Suzy’s fans and countless other antifans. 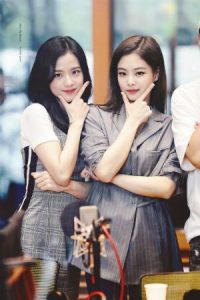 Fan Jennie said that Jisoo was poor in English and bland

Fan Rosé and Suzy think that their idols deserve to be ambassadors of a more premium brand than Jisoo.

In addition to “cleaning up” malicious comments, BLACKPINK fans also send a lot of words to support Jisoo and criticize YG company for its delayed actions, not drastically protecting the artist like other companies. We hope YG will soon take legal action to end this situation. Previously, SM Entertainment, Big Hit, JYP had sued the antifan and those who spread false rumors about the artists under the company. 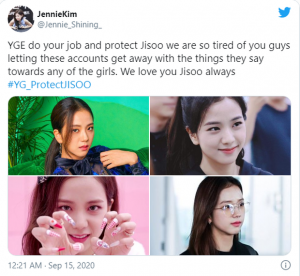 “YG should work, we are tired because the company keeps commenting about how to hurt the girls. Always love Jisoo”

“The inhuman words even tag Jisoo directly, it’s disgusting. Should be a person before being a K-pop fan. Idols are human too, Jisoo is human too. She doesn’t deserve to be treated like that. Protect the girls, protect Jisoo YG!