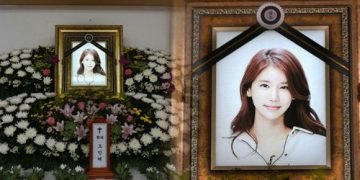 At noon today (September 15), Korean media posted the first pictures from the funeral of actress Oh In Hye at the Funeral Home of Inha University Hospital, Incheon. Looking at the photo of the actress with a bright and gentle smile, the public could not help but burst into tears. 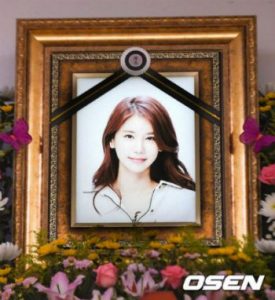 Dispatch has so far announced the results of the initial investigation from the police. Yeonsu Police Station, Incheon ordered an autopsy to find the exact cause of death. Investigators looked at the cameras around Oh In Hye’s house and found no abnormality. The actress did not leave a suicide note nor unusual messages on social networks. The police are openly taking testimony from Oh In Hye’s family and friends to reach the final conclusion. They previously suspected the actress had committed suicide. 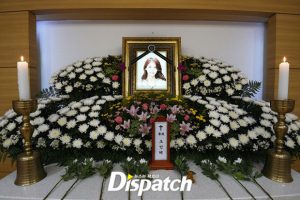 It is known that the funeral was held privately and quietly according to the wishes of the actress’s family. Oh In Hye’s remains is expected to be buried at 12 o’clock on September 16 at Incheon cemetery. 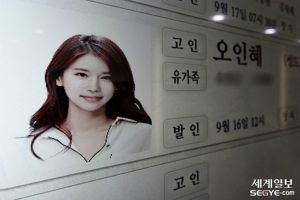 Oh In Hye was born in 1984, graduated from Dongguk University before hitting the cinema lane in 2010. On September 14, the actress was found unconscious, cardiac arrest and apnea at her home in Songdo, Incheon. Despite being rescued, having pulse and returning breathing, Oh In Hye could not survive and breathed her last on the afternoon of the same day, 36 years old.