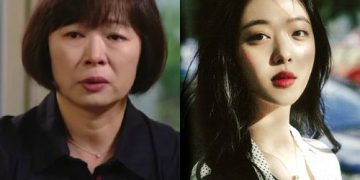 But last night (September 11), an Instagram account, a friend of Sulli, accused the female idol’s mother of withdrawing money, taking advantage of her daughter’s reputation, unlike what she showed in the movie. document. Although this post was deleted, netizens quickly captured it. 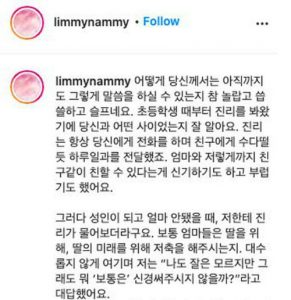 ”Sulli then revealed that her mom has been managing her finances since her earliest days, and she was always given allowances. However, when confronted about savings, her mom told her that there were none.
To make matters worse, her mom had been requesting advances on her salary from SM Entertainment and spending the money. Sulli confessed that she doesn’t know what the future holds for her in the entertainment industry, and that she was hurt by her mom’s irresponsible behavior.”
The friend then blasted both Sulli’s mother and older brother for not having worked jobs of their own. Sulli was enduring hardships as a top tier K-Pop idol who increasingly found herself mired in criticism and controversy, and her two family members were taking parts of her income.

While the friend acknowledged that Sulli’s mom gave birth to and raised her daughter, she was livid at the parasitic behavior. She pointed out the fact that the watershed moment when Sulli’s relationship with her mom had gone awry, was when she asked to be paid directly by SM.

Furthermore, she claims that she remembers what they said when Sulli when asked them, “How could you so carelessly burn through my hard earned income?”