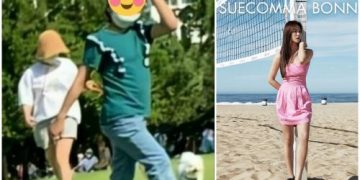 Recently, the latest photo of Song Hye Kyo was shared by the netizens at a dizzying speed. However, this is not a carefully edited advertisement or magazine photo, but taken by passersby.

Accordingly, a social network account has posted a picture of a pet with a super cute bag. However, all the attention of netizens was on the character at the far end of the picture, who is said to be Song Hye Kyo. 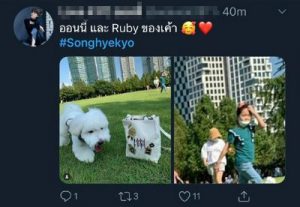 In the photo, Song Hye Kyo wears a white shirt and light shorts. The actress wore a wide-brimmed hat and took Ruby for a walk.

On September 8, the beauty also posted a picture at the same place as her pet and bag resembled her best friend.

Although the image quality is low, it is not difficult to recognize Song Hye Kyo possesses rough, somewhat chubby legs that are far from carefully photoshopped magazine photos. Besides, the beauty is commented to look a bit short. 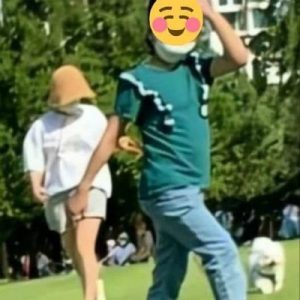 Many viewers speculated that because of weight gain, Song Hye Kyo looked so short. Others still defended that the angle was not good, causing her to lose points in physique.

In fact, despite possessing the top-class beauty of Kbiz, Song Hye Kyo has the shortcoming that her legs are not so smooth. Song Hye Kyo has repeatedly revealed her weakness in physique during events or when she is in the airport. 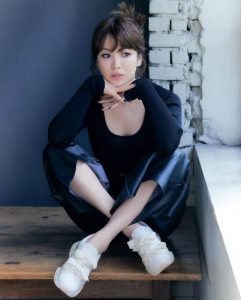 Last time, Song Hye Kyo spent a lot of time resting and gathering with close friends. She participates in filming commercials, taking pictures of magazines, but has not confirmed her participation in any film project. 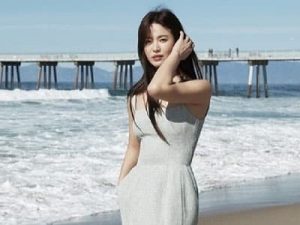 The latest movie with the appearance of Song Hye Kyo is Encounter (2018), in collaboration with junior Park Bo Gum.