Hyun Bin talked about marriage and childbirth, fans immediately called Son Ye Jin because of a match!
Many netizens continued to discuss Hyun Bin and Son Ye Jin’s marriage views.
The couple Hyun Bin – Son Ye Jin continues to receive the attention of the audience, especially after being caught up in dating rumors and appearing in tvN’s TVN project Crash Landing On You.

Recently, netizens continued to dig up an interview of Hyun Bin in Tencent QQ talkshow. In which, the actor mentioned his point of view on marriage in the future. 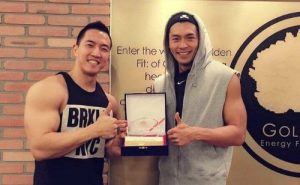 Specifically, when asked about Hyun Bin’s point of view on marriage, the actor said, “My dream is to have a happy family. I think it is very important. I also don’t want to get married. too late Working as an actor, many things are affected So in marriage, I have the thought that there should be consensus on both sides. I think that’s the most important in a family”.

Immediately after the post was dug, netizens continued to call rumored lover Son Ye Jin because the actress also had a similar opinion on marriage, Hyun Bin: “I don’t understand why actresses are so common. Getting married is quite late until I look back on my journey to understand.

For me, over the years, I really wanted to do many things because the work brought me happiness and joy. Maybe I will be more mature instead of being an actor by having a family of my own and kids.

I hope marriage comes to me not too late. I wouldn’t be able to live like a normal housewife as an actress. I hope my partner will understand and sympathize with me. I like a warm man and someone I can share everything with. ” 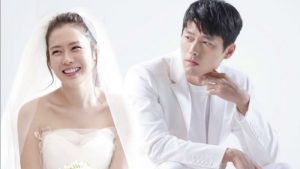 As can be seen, both Hyun Bin and Son Ye Jin want to have a happy home and said they don’t want to get married late. To Son Ye Jin, the type of man she likes must be a warm person, so that she can share everything and sympathize with her work. Therefore, with the fans who are “pushing the boat”, BinJin thinks that Hyun Bin is the most accurate model and the views of the two have an extremely interesting consistency.