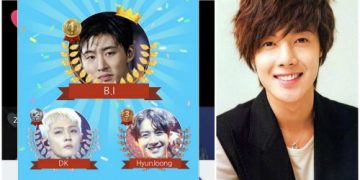 Male singer Kim Hyun Joong is slowly regaining his popularity and audience’s love.
In early September, the international website MetKstar announced that the top 20 Korean male idol singers in August received much attention and support from the public from all over Asia. 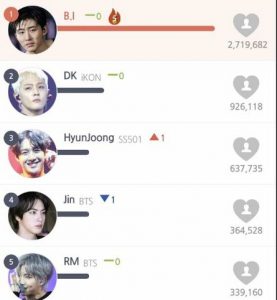 The rankings were based on votes from netizens as well as fans by logging into various social media accounts like Facebook, Twitter, Kakao and Line for a month. Accordingly, the results are announced as follows:

Receiving 2,718,682 votes, handsome idol singer B.I continued to hold the top position on the chart in August. IKON DK remained at runner-up with 926,118 votes. Meanwhile, Kim Hyun Joong pushed Jin of BTS down to 4th place to rise to 3rd place with 637,735 votes.
This is really good news for the singers named in this chart. However, perhaps Kim Hyun Joong will be the happiest because after much effort, he has gradually been accepted and loved again by the audience after a long time being affected by Scandal with his ex-girlfriend.