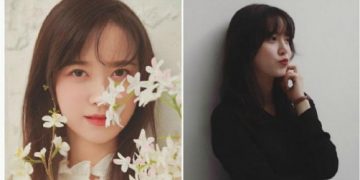 Goo Hye Sun: ‘My life has been no change since my marriage or divorce’

Goo Hye Sun: ‘My life has been no change since my marriage or divorce’

Goo Hye Sun: ‘My life has been no change since my marriage or divorce’
Recently, Goo Hye Sun has received interviews from media outlets to promote the album Breathe 3, which has just been released on September 2.9. She caught her attention when she comfortably mentioned breaking up with her ex-husband Ahn Jae Hyun.Tell with Sprortiv, she says: “I feel happiness knowing that I found myself again.”

The beauty born in 1984 revealed: “I think the process of rediscovering myself has given me the strength to stand up again. Since my life was stable, nothing changed after I got married or divorced. Work, too, hasn’t changed anything… I think I need to throw away the things I should throw away and focus on completing my projects ”.

Goo Hye Sun confided “I’ve been very busy every day. I’ve drastically reduced my sleeping hours, so I sleep about 2 hours a day and keep working. Even if you doze off after setting the alarm every 2 hours, you sleep for only 2 hours and get up and work. I’ve been pushing myself this way. ”

In a conversation with News1, Goo Hye Sun did not shy away from the question of divorce with ex-husband Ahn Jae Hyun after 4 years of marriage. She emphasized that the breakup is not a big deal and does not affect her life.
“I think the power to rise again also naturally comes from the process of finding myself. Because my life is solid, there has been no change since my marriage or divorce. The same goes for work … I think I need to throw away what I should throw away and focus to complete my projects. ”

Goo Hye Sun’s share about a divorce received mixed opinions. Many people feel uncomfortable when she constantly mentioned breaking up with Ahn Jae Hyun, while the actor is always silent about the incident and almost avoids all details relating to his ex-wife. He even deleted all old photos on Instagram and only updated on his personal page since the end of July this year.
In addition, Ahn Jae Hyun’s career is showing signs of decline. After the movie Love With Flaws ended in January 2020, the 33-year-old actor has not had a new project. He also did not participate in the program New Journey to the West Season 8. He has not appeared publicly since Goo Hye Sun’s officially divorced in mid-July.
Goo Hye Sun and Ahn Jae Hyun dated after pairing in Blood in 2015. In May 2016, the couple held a cozy family wedding. In August 2019, Goo Hye Sun suddenly posted a forum to declare a broken marriage. After that, they started a series of fierce battles on media and social networks. In September 2019, Ahn Jae Hyun filed a divorce suit. On July 15, 2020, the two artists decided to agree to a divorce, officially divorcing