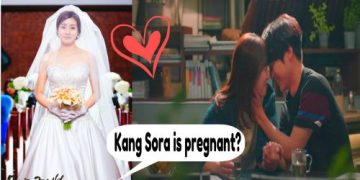 Actress Kang Sora is married to an Oriental medicine doctor.

According to Korean media, Kang Sorach officially married his doctor’s boyfriend on August 29. Before the news, many congratulatory and support messages are pouring towards the new bride of the Kim Chi entertainment industry.

Kang Sora would have had a big wedding on this day as planned. However, as the Covid-19 epidemic continued for the second time in Korea, the ceremony was canceled to ensure safety. Instead, the two parties will have a small party, with the participation of their closest people. 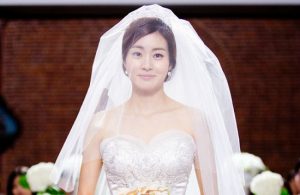 A source revealed, the future groom is known to be a 30-year-old Oriental medicine doctor, his appearance is also said to be beautiful and attracts attention.

Back on the 17th, Kang Sora’s agency, Plum A&C, announced the news of her marriage that surprised many people. Representative shared:

“Kang Sora will marry a boyfriend who is not famous and older than her. This marriage is based on their trust and love for each other. The wedding is scheduled for the 29th. 08, but it was canceled due to Corona 19.’s situation worsened. Instead, they will have a simple dinner, only families of both parties attend.

Considering that the future groom is not a celebrity and their family, other specific matters will be kept secret. Kang Sora will continue to greet you through future projects as an actor. Please give greetings to Kang Sora, who is on the verge of a new beginning in life.

After the news broke, Kang Sora also sent the wedding news to fans with a handwritten letter. She expressed: “I met a good person, he wants to share his life with me for the rest of his life. I will show you a happy marriage. Please believe and support me.” .

However, during the announcement of the unexpected marriage, several people raised the possibility of Kang Sora being pregnant. Immediately, the management company denied this information through Exsports News: “Kang Sora has been gradually preparing for his marriage, there is no such thing as getting pregnant before getting married”.