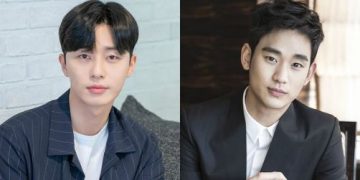 At the beginning of his career, Park Seo Yoon was a faint name that was criticized when he went to casting. He had to ask the help of Kim Soo Hyun.

After his demobilization in 2010, Park Seo Joon has faced a difficult time in his career. Every time he auditioned, the filmmakers commented that the actor has no temper or an outdated face. Park Seo Joon’s way of talking is also criticized for being naive. 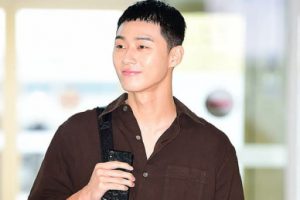 The successive failure once made Park Seo Joon intend to have plastic surgery. However, the actor has made up his mind to go up by capacity and not undergo plastic surgery. He wanted to make a mark on the audience’s hearts in a slow but steady way.

When Park Seo Joon was working as a part-time actor and acting in short films, Kim Soo Hyun introduced him to KeyEast Entertainment. After a successful audition, Park Seo Joon signed a contract with KeyEast and became a colleague of the same management company with Kim Soo Hyun until July 2017.

Joining a management company has helped Park Seo Joon’s career to have great progress. In 2011, he debuted to the audience with his role in Bang Yong Guk’s music video I Remember. Then, he took on the role of Shi Woo in the 2012 drama Dream High 2.

By 2013, the turning point in Park Seo Joon’s career came in the midst of his appearance in the project I Summon You, Gold !. According to the actor, he received a call from the company announcing that there would be an audition for the drama project that took place during the day.

Park Seo Joon rushed to the studio in time to participate in the audition. Here, he auditioned a scene of Nab Deuk Yi’s character in Architecture 101. As a result, Park Seo Joon passed 100 people and was accepted as Park Hyun Tae in the movie.

Since then, Park Seo Joon began to build a name in the audience’s hearts. He has participated in many popular TV projects such as Witch’s Romance, Kill Me, Heal Me, She Was Pretty, What’s Wrong with Secretary Kim, and Itaewon Class.

In the near future, Park Seo Joon will appear with IU in the movie Dream. The film has completed the domestic filming and is preparing to shoot overseas. However, the new development of Covid-19 in Korea caused the production schedule to be postponed.