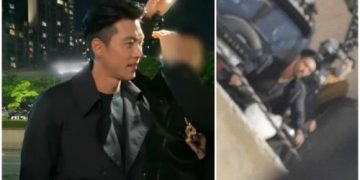 Hyun Bin's first image was officially revealed after many days of emptying from fans.

After the great success of “Crash Landing On You”, Hyun Bin did not let fans wait long but immediately filmed the movie Bargaining (roughly translated: Negotiate) with “Korean box office king” Hwang Jung Min. In particular, the 37-year-old actor takes on the role of an experienced spy working for the National Intellectuals Department of Korea (NIS).

After many delays due to the COVID-19 epidemic, the crew was able to go to Jordan to finish the rest of the footage.

Recently, after many days of waiting, the first images of Hyun Bin in the movie Bargaining have just leaked on social networks and are actively transmitted by netizens. The actor and crew are still busy with the scenes in Jordan.

In the photo, the actor appears with a stylish, bare beard shape. Hyun Bin is sitting on a motorbike. Many viewers believe that Hyun Bin is doing dramatic action scenes like chasing on set.

Directed by Yim Soon-rye, the film is based on true events in 2007 hostage crisis, when 23 South Koreans were kidnapped in Afghanistan. Hyun, whose real name is Kim Tae-pyung, will reportedly play a National Intelligence Service (NIS) agent who will take part in a rescue attempt. 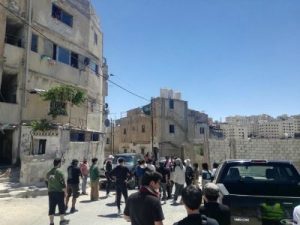 Talking about the new movie, Hyun Bin once shared with Forbes, “I have worked hard to portray the character’s complex emotions in many ways, from gentle to intense. I like to play characters that are suitable for my age. I’m more and more curious and interested with acting “.

The new movie of Hyun Bin- Bargaining is about the rescue journey of the victims in a kidnapping happening in the Middle East. It is known that this will be a very special role of Hyun Bin, different from what has been shown in the latest project. Currently, Bargaining has not announced an official release date.