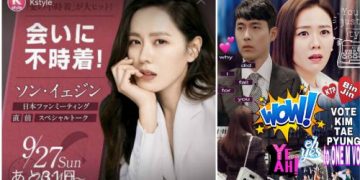 Son Ye Jin's latest move for the upcoming fanmeeting made many people wonder.

It can be affirmed that Crash Landing On You is the hottest movie in Japan during the past 6 months when continuously ranked at No. 1 on Netflix in this country. The success of the film has helped the names of Son Ye Jin and Hyun Bin to be more widely spread. With the love of fans, Son Ye Jin decided to hold a fanmeeting for Japanese fans on August 30.

Recently, however, a photo that is said to be the official poster of the fanmeeting posted by the Korean channel Kstyle, which revealed that Son Ye Jin’s fanmeeting for Japanese fans was September 27. 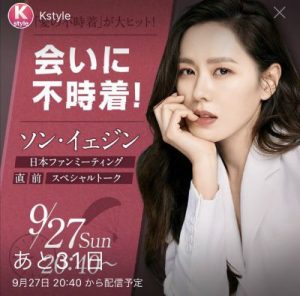 At the moment, the Korean entertainment industry is facing a great crisis when the epidemic reappears, causing a series of movies and entertainment programs to delay broadcasting, many people believe that Son Ye’s fanmeeting Jin has also moved to September 27th as well. The confusion and question is what many people express now when the current time, the management company of Son Ye Jin, MS Team, has not yet responded to whether or not to postpone the fanmeeting.

However, this made a part that pushed the boat “BinJin” extremely excited because a few days earlier, Hyun Bin said he would return to Korea after completing the movie Bargainning at the end of September, not the end. August as originally scheduled.

Many fans of “BinJin” couple said that Son Ye Jin rescheduled the fanmeeting until September because he wanted to wait for Hyun Bin to return to Korea, because Son Ye Jin’s agency also revealed that There will be a special guest present in this exchange.

Currently, fans are eagerly waiting for Son Ye Jin’s management agency to respond to whether the fan meeting has been delayed or not? In addition, many fans are also looking forward to being revealed about the special guest participating in this event.