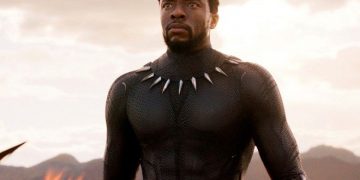 American actor Chadwick Boseman died at the age of 43 after four years of fighting colon cancer.

Chadwick Boseman is best known for his role as superhero Black Panther in the movie of the same name, in the Marvel Cinematic Universe. Before that, he played a number of iconic characters like Jackie Robinson and James Brown.

Boseman died at the age of 43 next to his wife and family in his own home in Los Angeles.

Boseman was diagnosed with colon cancer in 2016, his family said. However, the American actor did not widely report his illness.

Over the past four years, Chadwick Boseman has both struggled with the dangerous cancer, underwent a series of surgeries and chemotherapy, and participated in a series of films such as Marshall, Da 5 Bloods, Ma Rainey’s Black. Bottom …

Chadwick Boseman was born in 1977, is an American actor. Unlike the character Black Panther, in the past, he had a difficult life in his hometown of Carolina, USA. With a burning passion for cinema, Boseman has found many ways to pursue directing, actor training is just an option. He graduated from Howard University and studied at the Anglo-American Academy of the Arts in Oxford before starting to appear on the big screen.

Boseman got his first film role with legendary soccer player Floyd Little in the film The Express directed by Gary Fleders and started getting acquainted with the audience as he transformed into baseball legend Jackie Robinson in the movie. 42 by Warner Bros. 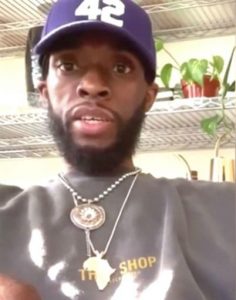 Chadwick Boseman’s most famous role is the superhero Black Panther, who first appeared in the movie Captain America: Civil War (2016) and then in the movie Black Panther (2018). He plays the T’Challa king of an imaginary African nation named Wakanda and is a superhero belonging to the Avengers squad.
In April, actor Chadwick Boseman shared a short video calling for support for Operation 42 project, a campaign to raise $ 4.2 million to buy personal protective equipment for illnesses. The institute serving the African American community has been hit hard by the Covid-19 pandemic. However, the Black Panther star has revealed a haggard face, with deeply sucked cheeks that are different from the usual healthy look that makes fans panic.