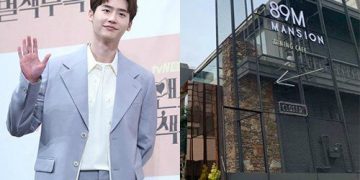 Business in tough times, Lee Jong Suk must sells his cafe for $ 4.9 million!

Business in tough times, Lee Jong Suk must sells his cafe for $ 4.9 million!

In 2016, Lee Jong Suk bought the house for 3.9 billion won. After that, he spent money repairing, perfecting and then doing business in a cafe named 89Mansion. The first floor of the house is a cafe, the second floor is a Western-style restaurant. A lot of Lee Jong Suk’s customers are his fans.

Because of Covid-19, Lee Jong Suk’s shop has been in trouble for a while. In the end, the actor decided to sell. Lee Jong Suk’s Western cuisine restaurant will also be closed on September 14. Real estate agents said the house is located in an area that is convenient for business and sale, so it is not difficult to find a new owner. Houses here also have skyrocketing prices, so many people are interested.