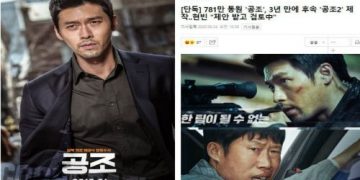 After nearly a month of “storming” with information that Son Ye Jin has received an invitation to participate in a Hollywood movie project called Cross. Finally, beautiful sister has officially confirmed her agreement to participate in this film.

It is known that Cross is set in a fantasy multiracial country divided and the story of people from two countries rich and poor. In this film, the male lead will be the actor Avatar Sam Worthington. 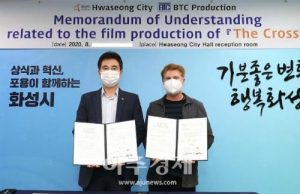 On the side of Son Ye Jin, the actress plays Vera, a woman from a poor country who lives near the border of the two countries. After her husband died from fleeing the border, Vera raised her children alone.

As revealed, the movie will officially shoot in April 2021, last for 5 months and is expected to open in theaters in 2022.

Meanwhile, on the afternoon of August 24, Korean media simultaneously reported that actor duo Yoo Hae Jin and Hyun Bin received an offer to appear again in the sequel to the action blockbuster Confidential Assignment. Prior to this source, the management company confirmed that their actors are currently actively considering the offer. 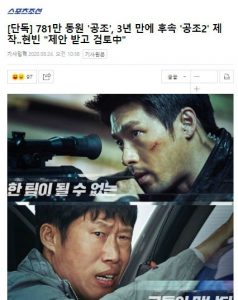 Confidential Assignment is the first movie about the cooperation of the South and North Korea with a budget of 10 billion won and has sold more than 7.8 million tickets after its debut. The drama is a meaningful story about the sacrifice, loyalty and comradeship of two detectives: Im Chul Ryung (Hyun Bin) from North Korea and police Kang Jin-Tae (Yoo Hai Jin). Korean.

On Hyun Bin’s side, the actor is currently filming Bargaining in Jordan and is planning to return to Korea at the end of September.