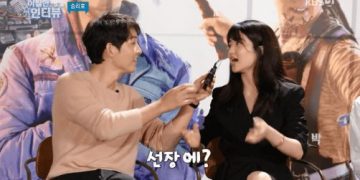 The audience did not stop giving praise to Song Joong Ki and Kim Tae Ri after both appeared in the promotional session for the movie Space Sweepers. 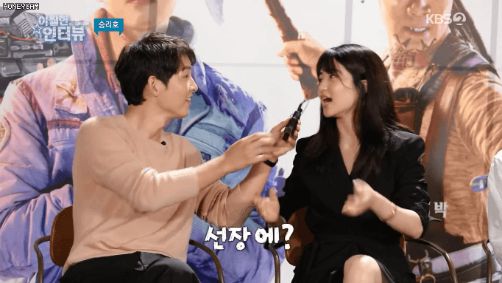 After the divorce, if Song Hye Kyo mainly received advertising contracts, or appeared in some events, Song Joong Ki quickly returned to movies. On September 23, Song Joong Ki will have a comeback with a movie called Space Sweepers. This is also a movie project marking the return of the actor after 3 years since his appearance in the movie The Battleship Island released in 2017.

Song Joong Ki along with Jeon Yeo Bin and Vincenzo rise to No. 1 on top 10 actors and dramasthat generated the most buzz this week !

Before the release of Space Sweepers, Song Joong Ki appeared on KBS2 with the crew to promote the movie. During the talk, Song Joong Ki – Kim Tae Ri and the director talked about their characters, difficulties in filming and how to memorize electronic boards in space ships. In particular, the extremely chemical interaction of Song Joong Ki and Kim Tae Ri right on the wave made the audience pay attention. The actor showed his gallantry when holding the microphone instead of Kim Tae Ri. Next, the two had a pleasant moment of laughing cte together that made the audience extremely excited. Many people even “push the boat” for both, although it is not known how Song Joong Ki and Kim Tae Ri will interact in the movie.

In addition, Song Joong Ki’s fans also expressed their joy because after going through the big event, they finally saw their idols regain their confidence and laughed continuously on television.