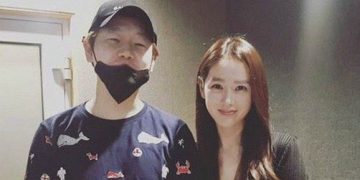 Over the years, Son Ye Jin is still recognized as the 'nation's first love' of the Korean entertainment industry because of her beautiful beauty.

Recently, on the director’s personal page Kwan of the most recent promotional video that Son Ye Jin made, a picture taken with the actress “Crash Landing On You” has been posted with the caption: “Thank you for You have worked hard. See you later. ” 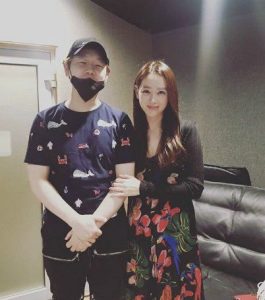 In the picture, Son Ye Jin appeared with a natural face that made fans unable to take their eyes off the screen. Even at the age of U40, Son Ye Jin still retains a beautiful, young and radiant beauty.
Currently Son Ye Jin and Hyun Bin are the hottest couple in Kbiz because many sources confirm that they are dating. This information makes fans look forward to the couple’s official answer.
Over the years, Son Ye Jin is still recognized as the “nation’s first love” of the Korean entertainment industry. Netizens also paid special attention to the long floral dress that Son Ye Jin wore. It is known that the dress is a Valentino fashion store that is worth more than $ 4,000.

Despite possessing a natural beauty, but in a recent interview, Son Ye Jin admitted: “When standing behind the camera, I think myself is just an ordinary person like you”