SNSD's Sooyoung is still with Jung Kyung Ho after 9 years

On August 18, actor Jung Kyung Ho posted a photo on his Instagram with a very simple caption: “Wow”. The photo shows the audience a cream cake with the picture of Kyung Ho’s two pets Hoyoung and Aebong. In addition, the cake also has the words: “Hoyoung – Aebong – Let’s be together for a long time”. 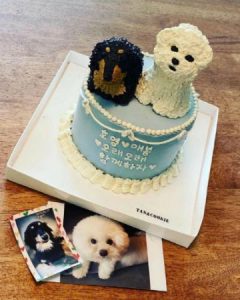 What caught the audience’s attention most was the appearance of Hoyoung’s pet – named after him by the actor and his girlfriend Sooyoung (Girls’ Generation): Ho from the actor’s name and Young from Sooyoung’s name. Thanks to this detail, netizens and fans have easily noticed the actor’s unchanging love for both his girlfriend and pets. 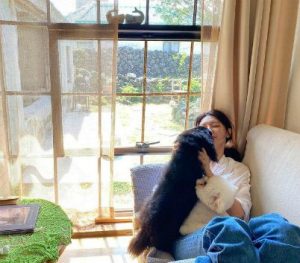 In addition, during the dating, both of them regularly post daily life photos with these two pet dogs. Not only actor Jung Kyung Ho shows his love for dogs, but Sooyoung himself does the same through many different photos. The owner of these two dogs is Jung Kyung Ho.

Reportedly, Jung Kyung Ho and Sooyoung started dating in September 2012 and in January 2014, the new singer officially confirmed to be in a relationship with the actor. Currently, they are one of the oldest dating celebrity couples with 9 years of strong love.

In the past time, Jung Kyung Ho has made a big mark after appearing in the movie Hospital Playlist. And Sooyoung continues to prepare projects in her music and actress.