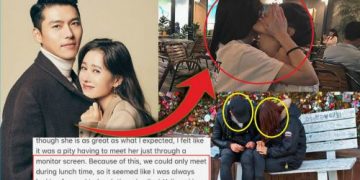 Despite many rumors from the Korean and Asian media, and many details given, it is still difficult to confirm the relationship between Son Ye Jin and Hyun Bin.

In addition to the words praising for his “rumored girlfriend” by hyun bin, netizens also lamented Hyun Bin’s sweet words for Son Ye Jin. Specifically, during a sharing with the media around September 2018, Hyun Bin said, “I felt like it was a pity having to meet her just through a monitor screen. Because of this, we could only meet during lunch time, so it seemed like I was always looking forward to lunch time (smiles) “. 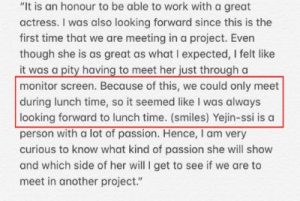 Hyun Bin and Son Ye Jin are currently one of the most enthusiastic couples “pushing the boat” in Korean entertainment industry thanks to the beauty of the couple in “Crash Landing On You”.

Although there are many rumors from the Korean and Asian media, and many details have been released, it is still difficult to confirm anything. In particular, the representative of Hyun Bin’s agency also denied dating rumors between the actor and “rumored girlfriend” Son Ye Jin.