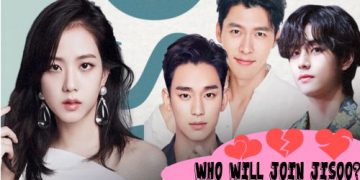 Fans are gossiping about the male gods who can take on the lead role in Snowdrop, alongside the beauty goddess BLACKPINK's Jisoo.

Yesterday (August 18), Korean media reported that BLACKPINK member Jisoo will have her first lead role in the drama Snowdrop. YG Entertainment quickly confirmed and immediately, this information made fans feverish, becoming a topic of discussion that caused storms throughout social networking sites. Fans are looking forward to the day when the movie of the top goddess Kpop will air. 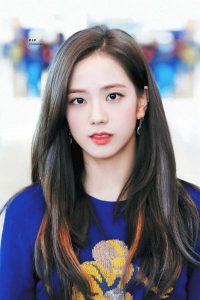 Up to now, only the main content and the female lead role, Jisoo, have been revealed by the producer. Based on the content of a love story between a female college student and a North Korean spy, however, it was recently revealed that the producer is considering 4 names Hyun Bin, Lee Min Ho, Kim Soo Hyun, BTS’s V to choose the male lead.This Information made fans enjoy.
1. Hyun Bin

The top candidate approved by netizens to pair Jisoo in Snowdrop is the great male god Hyun Bin. As the hottest “North Korean Captain” in the first half of this year, Hyun Bin can once again transform into a character from this country. Despite the 13-year difference, Hyun Bin is still very handsome, young and stylish, completely able to combine with Jisoo in this project to have good chemistry.
2. Kim Soo Hyun

Kim Soo Hyun is also one of the actors with experience playing the North Korean spy. Besides, youthful appearance, similarity and acting ability are the reasons why fans want him to play the male lead in this movie. Kim Soo Hyun’s extremely attractive and deadly handsome beauty is said to be very good with Jisoo. Both have gentle and warm features and will definitely match each other if they can become a couple on screen.
3. Lee Min Ho

Another screen male idol is a strong candidate for the male lead next to the most beautiful member BLACKPINK. Unlike other male actors, Lee Min Ho and Jisoo worked together for advertising photos together in 2015, when Jisoo was not officially debuted. This set of photos used to make people feverish because of the beautiful visuals “and the chemistry,” chemical reaction “of the couple. Jisoo is sweet and beautiful, Lee Min Ho is stylish and elegant, if the actor nods. Playing the male lead in Snowdrop, the couple will probably make people crazy because their looks are not rival.
4. V (BTS) 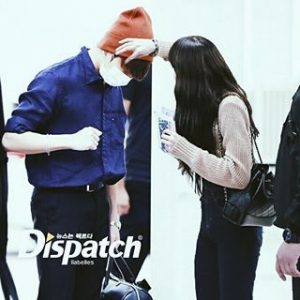 V (BTS) and Jisoo have long been a “battleship” in the fan community, being “pushed” despite BTS – BLACKPINK is a rival. Born in 1995 and possessing a stunning visuals of thousands of people, being the top male god – goddess in Kpop, possessing a great charisma, a cool temperament mixed with lovely features, Jisoo – V is a pair of “talented boys and girls.” is expected to explode the screen. Like Jisoo, V doesn’t have much acting experience, but only with his role in Hwarang, V has clearly shown the potential to attack the screen.