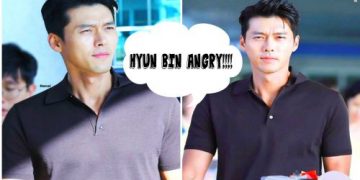 Actor's agency 'Crash Landing On You' sued a publisher in Japan for using illegal pictures of him publishing books.

According to Allkpop on August 18, VAST Entertainment – Hyun Bin’s management company sued a publisher in Japan for using the actor’s ‘pagoda’ image during his military service.

This image is used by the Korean Marines as a form of promotion. The product was published in Korea as an e-book in 2012 and released in Japan in 2014. It is expected that this photo book will be widely released in Japan on September 7.

Hyun Bin’s agency filed a lawsuit because “it was not known beforehand that the photo book will be released”. A VAST Entertainment representative said: “Just like 2014, we don’t know any information about the book’s release in Japan. We discovered it on Amazon Japan and contacted the publisher that appeared. in.

The publisher was quite confused and said that it had received permission from the Korean agency that they cooperated to publish the book. In 2014 we assumed it was the job of the Marine unit and not taking legal action but this time it was different. Over the past 10 years, the series has continued to be used publicly without our consent. ”

After receiving the information, the Korean publisher responded. “It’s a series of photos of Marine soldier Hyun Bin, not actor Hyun Bin, and they are published under an agreement between the publisher and the Marines. The previous and current management companies of Hyun Bin has no right to these images. ”

After the success of ‘Crash Landing On You’ in early 2020, Hyun Bin became a big and increasingly popular star in Japan. Currently, the actor is focusing on filming a new project Bargaining and the lawsuit will be handled by the company.